Appendices:
Glossary of terms
The kind of sessions that Juliet Grayson and her team offer
How to find a therapist
The importance of a medical check for sexual problems
Where to go for help with sexually inappropriate thoughts
Bibliography 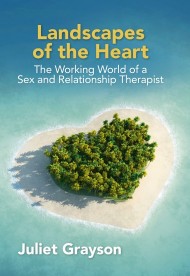 For more info about Juliet and workshops

Juliet Grayson offers
* personal development groups using the  Pesso Boyden System of Psychotherapy  in London, Oxfordshire, Bristol and South Wales
* the workshop: The Odyssey, Coming Home to the Second Half of Life – a residential course in Somerset 15-18 April 2019 – with Juliet Grayson and her husband William Ayot click here
* intensive 7 hour couple therapy sessions over 2 days, which she calls “Couples in Calamity” sessions
* training for therapists about how to work with couples in her Certificate in Couples Therapy a 6 modular (12 day) training, and
* training for therapists in the body based method: Pesso Boyden System of Psychotherapy (1 year or 3 year training) www.pessoboydentraininguk.com
*  For current, up-to-date calendar of all events Juliet and her team run click here